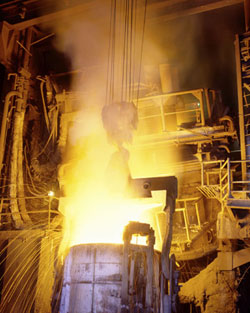 Iron & steel: blast furnace, Riveaulx Abbey, Yorkshire, 1350, though there may have been blast furnaces as early as 700 in what is now Spain, making Riveaulxs achievement a reinvention; at Riveaulx, iron ore was placed in the furnace together with added charcoal, in a blast of hot air; pig iron resulted that was purer, less brittle and had more uses; 1621, Dud Dudley perfected the use of coal; 1709, Abraham Darbys coke-filled furnaces led to explosion in use of cast iron, ushering in the modern world; coke is a pure form of coal, notably lacking the sulphur that compromises the strength of cast iron; Darby invented casting with green sand; steam rolling machine for improved iron, Henry Cort, 1783; steel (iron hardened with carbon) made via melting in crucible, i.e. without forging, using coke, Benjamin Huntsman, 1740s; Bessemer Converter of Henry Bessemer, 1856, initiated modern era of mass steelmaking, e.g. for railway tracks; regenerative furnace of Wilhelm Siemens, 1860s; stainless steel of Henry Brearley, 1912, with added chromium to reduce staining and corrosion; initially used in aeroengine valves, First World War [For more on the early history of iron working in Britain, see Iron]

Concrete: the modern form of this Roman invention was devised by John Smeaton in the 1790s, designer of bridges, canals, harbours and lighthouses (most famously Eddystone, out of interlocking blocks) and the father of civil engineering; it was not until 1877, however, that the first permanent concrete bridge was erected, in Seaton, Devon [Source: Robertson/Shell] 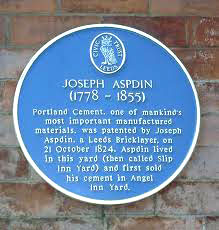 Porcelain: the Chinese were the first to invent white hard-paste porcelain, during the Tang dynasty (AD 618-907); the race to discover how to make porcelain in Europe has long been held to have been won in 1708 by Johann Friederich Böttger, working in the Dresden court of Augustus the Strong; this led to a factory being established at Meissen; yet porcelain pots  in the form of lidded vases  of English provenance from the previous century are to be found in aristocratic collections, including that of Burghley House, Lincolnshire; they seem to have been commissioned by the second Duke of Buckingham (1628-87), a keen amateur chemist; the Chinese, German and English recipes differ one from another, but England not Germany was the inventor of European porcelain 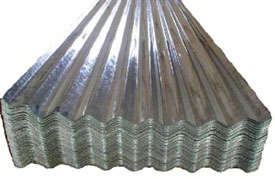 Corrugated iron: universal roofing material, Henry Palmer, 1820s; this unassuming piece of British technology became hugely important in the 1900s for making tin roofs; its cheapness, lightness, strength, ease of use and long life made it a ubiquitous material in the poor world and in early British Empire settler communities; much innovation has occurred in regard to shapes and coatings, but Palmers original sinusoidal corrugations still find uses in the 21st century

Synthetic dyes: first was William Perkins mauve aniline dye, 1856; he had a luxuriant beard from which, legend has it, debris fell to nucleate crysallizations

Linoleum: Frederick Walton, 1860; this was the first synthetic floor covering; linoleum consisted of linseed oil mixed with resin and cork dust, on a flax backing

Plastic: the first was that of Alexander Parkes in 1861, Parkesine; it was a thermoplastic produced from nitrocellulose, camphor and alcohol; the formula was later adapted in the US to produce celluloid; the first man-made textile yarn, i.e. a fibre capable of being woven and dyed, was the viscose rayon of Charles Frederick Cross; a viscose master patent was filed in 1892; Cross filed a patent for one for cellulose acetate in 1894, which laid the foundation for cellophane production; polythene, ICI, 1933; polyester, John Whinfield & James Dickson, 1941; perspex, also called plexiglass:

'The first commercially produced transparent hard plastic or acrylic was developed independently in Britain and Germany, with research programs beginning in both countries in 1931' [Source: Robertson]

Plastic refuse sacks were first developed in 1960 by ICI and first adopted by the council in Hitchin, Hertfordshire [Source: Robertson/Shell] 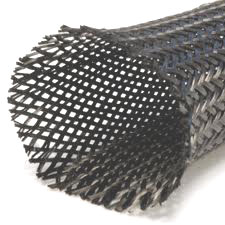 Rubber: a Brazilian monopoly was broken by Henry Wickham, 1876, who whisked off plants to the Royal , Kew, and thence ; rubber was named by Joseph Priestley because it rubbed out pencil marks [see Joseph Priestley, Graphite]; a great pioneer in the commercialisation of rubber was Thomas Hancock (1786-1865)

'Manufacture of rubber goods on a small scale was begun by J.N. Reithoffer at Vienna in 1811, but the range of products remained severely limited until a means could be found of rendering the raw rubber sufficiently pliable to be rolled or beaten into the required shape. This problem was overcome in 1820, when Thomas Hancock of London developed a machine that he called the pickle, consisting of a revolving drum containing numerous sharp prongs that masticated the rubber and reduced it to a workable plastic mass[in 1821] he established a factoryprobably the only one of Hancocks manufactures that was not a first for rubber was the eraser, which had already been in use in Britain for half a century. Sheet rubber: This was first made by Thomas Hancock in 1822Foam rubber was first produced...at the Dunlop Latex Development laboratories in , in 1929.' [Source: Robertson]

Hancock coined the term 'vulcanisation' to describe the addition of sulphur to rubber to remove its stickiness, a process pioneered in the US; synthetic rubber was invented in 1891 by William Tilden

Glass: the first glass manufacture in Britain was in 1226 by Laurence Vitraerius of Chiddingfold, Surrey, involving bottles and window glass [Source: Robertson/Shell]; the world's first record of a glass mirror is provided by a description dating from 1279 by John Peckham, a Franciscan monk in Oxford [Source: Robertson/Shell]; the lead glass of George Ravenscroft, in the late 1600s, yielded better telescopes and microscopes

'The first store with plateglass windows without sash bars (i.e., the whole window glazed with a single pane) were installed at 16 Charing Cross Road in London, at a former print shop converted into a tailoring establishment by Francis Place and reopened on 8 April 1801. Although this innovation was condemned on all sides as reckless extravagance, Place wrote in his memoirs that he "sold from the window more goods...than paid journeymen's wages and the expenses of housekeeping." ' [Source: Robertson] 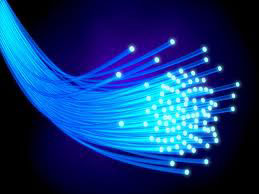 LCD: first practical use of liquid crystal display was by the Marconi Company in 1936; George Gray, 1970

Electroplating: first demonstrated by an Italian chemist, this electrical coating technique involving immersion of the object to be coated in a metal ion solution through which a current is passed was rendered commercial around 1840 by John Wright of Birmingham, who discovered that potassium cyanide was a suitable electrolyte for gold and silver electroplating; cousins Henry and George Elkington were awarded the first patents for electroplating in 1840, with their buying the rights to John Wrights process; from Birmingham the electroplating industry spread around the world

[For materials extracted from the ground see Mining]