The National CV of Britain 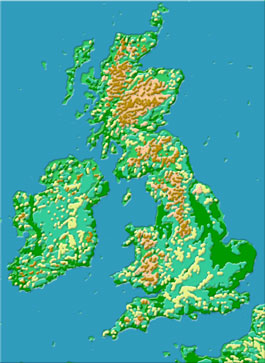 You can read a two-page distillation of The National CV of Britain by clicking here.

The National CV in full (30 pages) is available with the CVpedia (300+ pages) for purchase as an eBook.

The National CV Project is an exercise in recollected history to inspire Britons to contribute disproportionately to the future, as they have to the past. Britain had a Megalithic Culture before Sumer and Ancient Egypt; put tin into the Bronze Age; invented Druidism and engendered Christendom (via Helen of Britain & her son Constantine the Great); developed writing standards still in use worldwide (Alcuin of York, AD 789); devised the common law, trial by jury, habeas corpus, constitutional monarchy and parliamentary democracy; was the birthplace of modern science, the Age of Reason and the Industrial Revolution; has the greatest maritime and exploration traditions of anywhere on Earth and amassed the most extensive empire in history; has been the site of myriad firsts (e.g. pencil, early 1500s, car, 1711, baby buggy, 1965) and breakthrough ideas (e.g. gravity, liberal economics, evolution); has made inumerable cultural contributions; and has given the world English, its first truly global language.

Nowhere has this 'calling to mind' been more thought-provoking for The National CV Group than in the Monarchs part of the project. Britain is the worlds oldest monarchy, with a history of kings and queens stretching back many centuries BC. The pioneering archaeologist Flinders Petrie (1853-1942) wrote an essay in 1917 entitled 'Neglected British History' [see More 19], saying that

The present requirement for British History, so much neglected, is a scholarwho will deal as an historian, and not as a mythologist, with the [ancient sources]. From these a consecutive narrative should be framed, from which suitable outlines might some day penetrate the general school books.

These words of Flinders Petrie provide part of the remit of The National CV Group  the enlightenment of young Britons about their nations history.  More broadly the group's aim is to get the island's pioneering history back into the British national psyche, to inspiring effect.

At under 0.2% of the planets land mass and with typically less than 1% of its people at any given time, Britain has been the most disproportionately influential place on Earth. Be inspired, Britons!