"We have distilled Britains history by compiling a CV for the nation to encourage a buoyant sense of belonging and to inspire the Influential Islanders
as they apply for the future."

The National CV Group thanks BT Group plc for gracious provision of seed funding and Brian Watson, a private benefactor, for venture philanthropy of an inspiring kind.

To give you the history of our history project, The National CV Group first met in January 2009 [CVpedia: see 6.9 Scholarship, The National CV of Britain]. Five concerned citizens, they were shocked by the amnesia into which Britain had sunk in regard to what the group saw as their nations wildly disproportionate positive contribution to civilization, given that Britons have typically represented less than 1% of the worlds population at any given time. Particularly exasperating, the group felt, was the feebleness of history teaching in UK state schools. 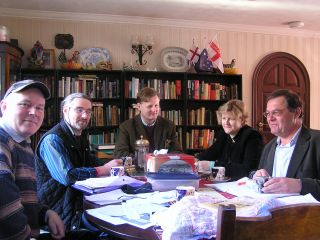 The National CV Document now exists and has so far been prototyped with success as the basis of a schools presentation in twelve schools, to hundreds of children in the age range 9-14. Sponsorship is sought for The National CV Schools History Project, for a national roll-out to UK schools.

By 2012 the group comprised a network of more than two dozen forward-looking historically minded citizens determined to remind Britons of their nations extraordinary pioneering accomplishments across the sciences, technology, literature, the arts and any number of other fields of human endeavour. Britain was the key nation in the development of the modern world, bar none: one thinks of the scientific revolution, the industrial revolution, the second agricultural revolution, parliamentary democracy and the initiation of the Age of Reason. Britain discovered all of the three main subatomic particles and a quarter of the elements of the periodic table, while also splitting the first atom, naming the Big Bang and postulating antimatter. Britain produced the first meteorological classifications of the clouds and wind. Called to mind are Newton, Darwin, Shakespeare, Jane Austen and 007, pausing along the way to contemplate Britains invention of the fire extinguisher and the elastic band [see History in the news].

In compiling The National CV, we have endeavoured to comply with the conventions of the CV, which are:

- Be brief; encapsulating a nation's historical and profile information in a CV is no small task, yet for the reader the output needs to represent just that, a small task

- Be accurate whilst being as upbeat as your story warrants

- Use a timeline that is reversed; take the reader on a journey upwards from the earliest date at the foot of the document to the most recent item at the top; yet depart freely from this format to bring out the best in your material (e.g. by having themes that overlap in time)

- Be ready to add headlines as the story develops; a CV is a cumulative living document that loads at the top

"We have created a CV for the entire country because we are startled at the amnesia and ignorance about Britains record of pioneering achievements across any number of fields of human endeavour over the centuries. Believe me, we are going to dissipate the Cloud of Unknowing. The aims are to make the inhabitants of these isles, particularly our young people, more aware of their tremendous pioneering history  which saw Britain launch the modern world, for example  and to relish that history with pride, to inspire us all to greater things in our own lives going forward." 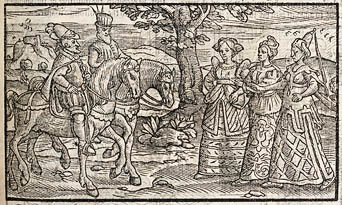 Woodcut from Raphael Holinshed's Chronicles of England, Scotlande, and Ireland,
London, 1577. The members of The National CV Group are pleased to see themselves as the Heirs of Holinshed.

'And it is not the least debt we owe to History, that it hath made us acquainted with our dead ancestors, and out of the depth and darkness of the earth, delivered us their memory and fame.' (Sir Walter Raleigh, The History of the World, 1614)

Dwell in the centuries to make yourself wise;

But dont tarry too long, the futures the prize